Why Make-Up Air is Needed 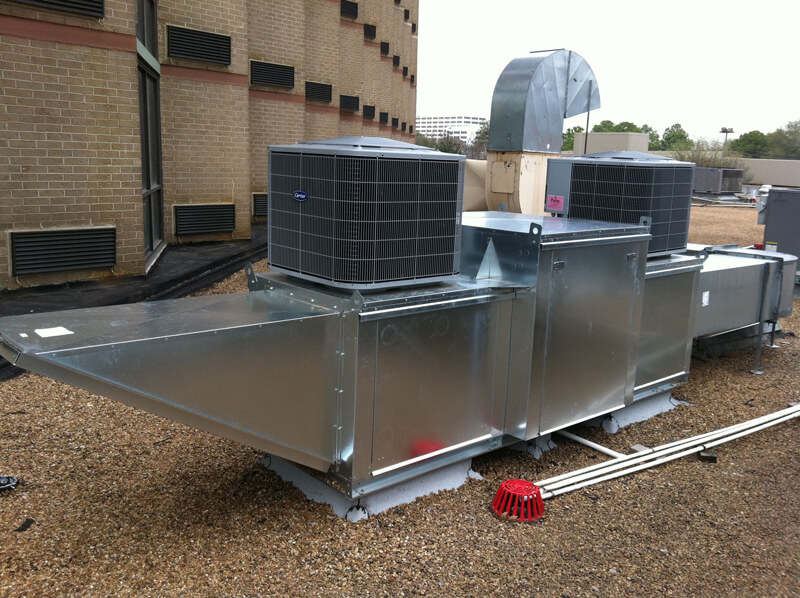 1. Backdrafts down furnace flues reduces heating system efficiencies and releases products of combustion into the work area and often destroys the heating equipment.

2. Cold drafts are created at the floor level. These drafts are uncomfortable for workers and interfere with hood exhausts and process equipment.

3. As the cold air rushes across the floor toward the exhaust fans, it activates the thermostats. The heating system is called on to heat this cold air. But because hot air is lighter than cold air most of the heat rises back to the ceiling before it can heat the cold air at the floor. This causes even higher temperatures at the ceiling which increases the amount of BTU’S lost through the roof.

5. Doors can be difficult, and often hazardous, to open or close.

6. The amount of air removed from the building by the exhaust fans will be significantly reduced causing insufficient ventilation for air contamination control.

7. Cold zones around the inside perimeter of the building caused by infiltration which effectively reduces usable floor space due to employee discomfort.

The historic method of introducing make-up air into a building is through a heated system. This will eliminate some of the problems caused by a negative pressure but it has several drawbacks.

1. Fired make-up air increases the amount of wasted heat at the ceiling, therefore increasing the rate at which it is transmitted and lost through the roof.

2. Most make-up air systems dump large quantities of air in one general area. This can cause drafts and in Many cases leaves large portions of the plant without fresh air.

3. Dead air spots result because of the lack of uniform distribution.